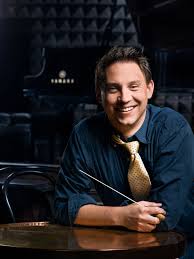 Having contributed to some of the nation’s most watched and attended events, Jonathan Tessero has emerged as one of the leading large-format musical talents of his generation.

He made his network television debut as a Creative Director of CBS’ Coverage of Super Bowl XLVII for his New Orleans colleagues Solomon Group. With a total of eight of the ten
broadcast environments for the Emmy Award Nominated television event under his purview, he also oversaw the design of CBS Super Bowl Park, a four stage production compound from which CBS broadcast over 40 hours of Super Bowl XLVII coverage. Providing the first centralized, multi-platform local home for all of CBS’ assets in network and local television, radio, cable, premium television and digital, the venture hosted 15 different shows from nine CBS divisions across sports, news, and entertainment.

His work on Super Bowl XLVII, lead to his hiring as the Creative Director for the 2013
Essence Fest presented by Coca-Cola. The record-setting 550,000 attendee music and empowerment festival featured 55 musical artists on 14 stages across four venues, including both the Mercedes-Benz Superdome and half of the three million square-foot Earnest N. Morial Convention Center. As the Festival’s Creative Director, he led the development of all of the live and Digital content for the sold-out, four day event featuring Janelle Monae, Jill Scott, Maxwell, Keyshia Cole, Solange, Brandy, LL Cool Jay and headlined by Beyonce.

He was the Music Supervisor and Arranger for Seaworld’s Sea of Surprises Segment during the 2013 Macy’s Thanksgiving Day Parade and was the Music Director of the Relighting Ceremony of the Superdome after Hurricane Katrina.

He made his Broadway conducting debut at age 18, has worked on more developing musicals than should be humanly possible, is a first-call session arranger, conductor, orchestrator and and pianist. Mr. Tessero regularly guest conducts and arranges for orchestras around the country, has produced on Broadway twice and is a graduate of New York University’s Steinhardt School of Culture, Education and Human Development and Leonard N. Stern School of Business.